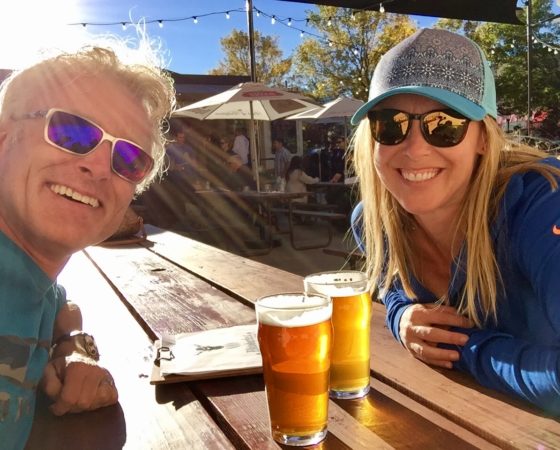 Stefan and I have discovered so many reasons we want to travel the United States and Canada in a motorhome! We have both been fortunate to lead lives filled with travel and since getting married a few years ago our mutual wanderlust continues! Growing up in The Netherlands and his Father working for the railroad company; Stefan’s childhood family vacations were train trips to numerous European cities (his family didn’t own a car). They traveled exclusively by train or bike (oh so Dutch! ;)). In his early 20’s he ventured from home for a year long around the world trip…ironically ending in the US before flying back to Europe – never realizing this would become his home 25 years later! I grew up taking many road trips (oh so American! ;)) with my family and enjoying camping outings with my Grandparents (wish they were still here since us newbies need their pointers!). As an adult, cruising has been one one of my favorite ways of travel and seeing the world. 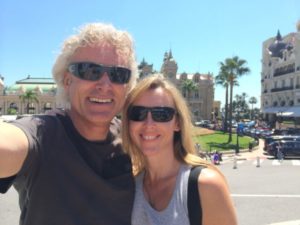 Before Stefan moved here three years ago, we took an epic two week European road trip for our honeymoon! After traveling 5000 kilometers and traversing eight countries we discovered we traveled really well together on the road (with no reservations and no pre planned route!). Read about our adventures from The Netherlands to Croatia and everything in between here! During our road trip we both realized we want to do more traveling like this (but at a slower pace!) – we’re equally excited about our new motorhome and the adventures that lie ahead with it!

While Stefan was still living in The Netherlands (that green card approval is a long process!) we traveled frequently back and forth between Europe and Colorado to see each other (believe me – it only sounds romantic! ;)). During this time we both discovered a newfound love of our own countries (or for me – my adopted state of Colorado) as we took many small trips within The Netherlands and Colorado. I’ve seen more of The Netherlands than most native Dutch! 🙂

As Stefan and I’ve both gotten a little older, we realize we no longer want to travel fast and check all the highlights off a list! We both want to experience the “in-betweens”, meet new people and try new things! We’re also anxious to visit areas of the US where life is much different than we know living in Colorado. 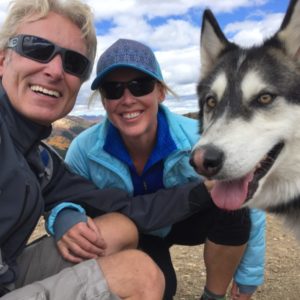 While we’re traveling in our motorhome we’re also excited to do our favorite activities in other parts
of the U.S. and Canada! We look forward to tasting new IPA’s at local breweries, finding new trails on our tandem bike and hiking with our rescue dog Balto! Since Stefan is also a photographer – we’ll be documenting everything along the way. 🙂

In the past few years Stefan and I have downsized from houses to a condo (he literally moved here with a few boxes and a suitcase!) so living smaller in a motorhome full time for a year doesn’t seem as daunting as maybe it would have in the past. My nest is now empty with my daughter off to college so there’s not the “Mom schedule” of the past 18 years to live by. 🙂 We realize there will never be a better time to experience life on the road than now! Waiting until retirement is not an option in our mindset, as we want to travel more while still young (at heart!) and healthy! Traveling in a motorhome will also make it possible to have our rescue dog Balto with us.

Since Stefan and I both own businesses and work from home we don’t have the job obstacle to tackle like many people on the road. In the past couple months we’ve also decided to do a project together for Stefan’s business in The Netherlands – hence our name “Dutchies on the Loose”. As Dutch immigrants have had such an influence on so many areas and aspects of life in N. America – we’ll be searching out these these things to video, photograph, interview and write about!

Making this trip happen has been and still is a process, but we are determined to start our adventure in the second half of 2018! 🙂

See ya on the road!